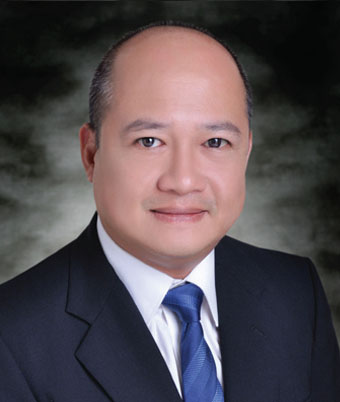 Atty. Albert T. Concha Jr. finished his basic education at the Dipolog Pilot Demonstration School and graduated in the year 1979. He went to Silliman University High School, in Dumaguete City to continue with his secondary education. He studied further for a year at the Lincoln High School, Wisconsin Rapids, Wisconsin, USA in 1983 to 1984. His tertiary education was obtained from the De La Salle University, Taft Avenue, Manila with the degrees in Bachelor of Arts Major in Economics and Bachelor of Science in Commerce Major in Marketing Management from 1984 to 1989. In 1989, he attended the Asian Institute of Management, a prestigious school in business at Makati City where he underwent a Basic Management Program and took up Bachelor of Law at the University of the Philippines, Diliman, Quezon City on the same year. He finished his law studies in 1993 and passed the Bar Examination.

He is also known for his undertakings and contribution to the society by being the past president of Rotary Club Dipolog, past assistant governor of Rotary International — District 3850, past president of Dipolog Youth Club, past president of Dipolog Cycles unlimited, chairman — Zamboanga del Norte Tourism Council, past vice president and member — Dipolog City Chamber of Commerce, captain — Philippine Army Reserves and Board Member — Dipolog Banker’s Club. He was also the past vice president and member — Integrated Bar of the Philippines, Zamboanga del Norte Chapter.

Currently, he also serves as the president of Rural Bank of Rizal, Zamboanga del Norte, Incorporated.